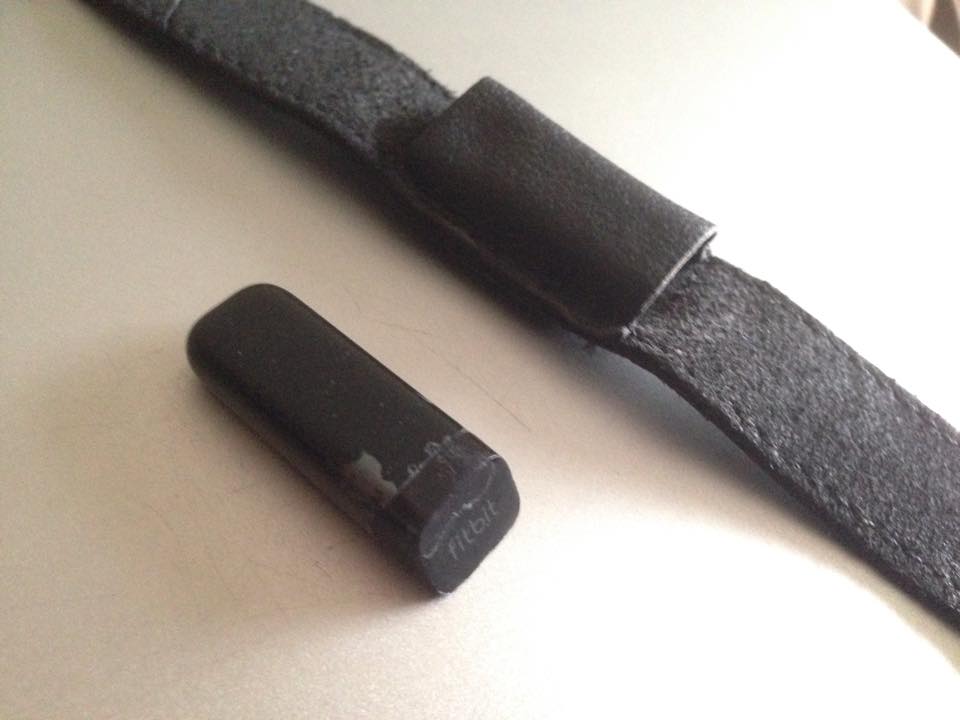 Hack your Fitbit Flex plastic armband and replace it with a leather wristband.

This is a photo of my custom FitBit Flex leather wristband. The original FitBit red plastic band started falling apart so I needed a solution to fix this.

Here in Bolivia I got Alex who is a talented artisan to create from scratch a Fitbit Flex leather wristband. Actually it’s much nicer than the previous version in plastic. Plastic has something cheap. Leather feels just perfect.

This might be something the people at Fitbit HQ in  in San Francisco, California US&A might consider for future hardware updates?

I got my Fitbit Flex a while ago … probably 2 years ago it must of been about May 2013 when I started Quantifying myself. Read about Quantified Self here or join the next big 2015 Quantified Self global Conference in San Francisco!

For those of you who have never heard of the Fitbit it’s a device that you wear on the wrist. It tracks movement 24 hours a day, including sleep patterns (if you manually switch to sleep mode, which is not very user-friendly I have to confess so I hardly use this additional function). It has a simple display of 5 LED lights which indicate the number of steps taken in a day, and it vibrates to indicate that your goal has been reached. The LED lights also indicate battery level.

The Fitbit Flex has almost all the same sync functions as the Fitbit One and Zip. The only missing function is the stair counter which was kind of cool with the earlier model. The Flex is also the most water-resistant tracker; it can be worn while showering and swimming. The water-resistance of the Fitbit flex has been tested by myself during the last 2 years non stop! The Fitbit flex includes a specialized USB charger; the battery lasts initially 5–7 days (now mine lasts about 3 days before it’s out of power), and it takes 2 hours to charge. There are many other similar devices and there will be many more in future I believe.

Bottom view of the pouch and the FLEX device